The Climate Report, COP24, and Why it Matters 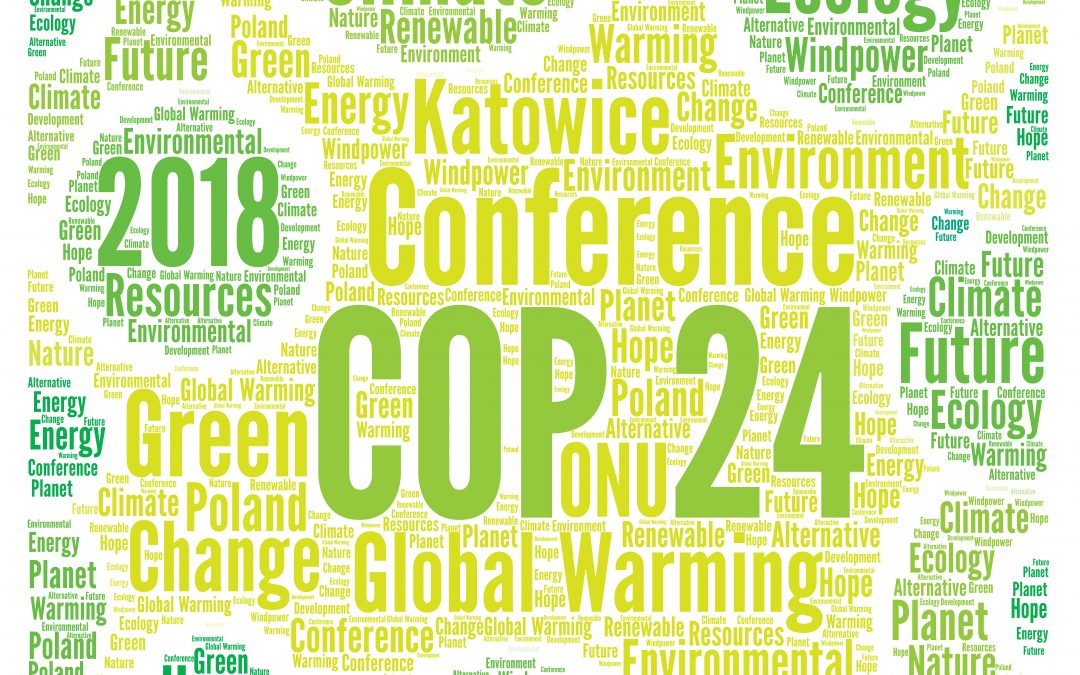 Unless you were paying close attention, you may have missed it. It came and went through the 24-hour news cycle and drifted out of the public discourse in a flash like other information not directly related to the White House. The United Nations Intergovernmental Panel on Climate Change (IPCC) released an update to its findings originally published in 2014. To little surprise, the scenario is not good. Global temperatures are rising and so are the associated risks of climate change. These risks are very real, and we have already seen how they can impact industries, sectors, and the global economy. More importantly, beyond the financial risks, we have seen how the effects of climate change are putting people’s livelihoods, communities, health, and general well-being in jeopardy.

Luckily, for those of us that may have missed the IPCC report, the United States released the “Fourth National Climate Assessment,” organized and authored by 13 Federal agencies including NASA, NOAA, Department of Defense, and Department of Energy. It received significantly greater coverage than the IPCC report, albeit for the wrong reasons.

While it was a different report, it ultimately told the same story – “efforts to address climate change have expanded in the last five years, but not at a scale needed to avoid substantial damages to the economy, environment, and human health over the coming decades.” The report goes on to say, “without substantial and sustained global mitigation and regional adaptation efforts, climate change is expected to cause growing losses to American infrastructure and property and impede the rate of economic growth over this century.”

This week, leaders from around the world are convening in Katowice, Poland for the 24th Conference of the Parties (COP24). The Conference of the Parties is the yearly meeting organized by the United Nations Framework Convention on Climate Change (UNFCCC) where governments and other stakeholders work together towards limiting greenhouse gas emissions and mitigating the effects of climate change. The Paris Agreement, for example, which is by far the most comprehensive global push to address climate change, was a direct result of COP21 in 2015.

While the IPCC and Fourth National Climate Assessment paint a grim picture, it is not entirely abysmal. For instance, the UNFCCC Standing Committee on Finance shows that global climate finance flows are increasing.[1] Furthermore, we at least know there are steps we can take to mitigate the most severe impacts of climate change.

This is why COP24 is so important – it is even being dubbed, “Paris 2.0” by the UN Climate Change Executive Secretary, Patricia Espinosa. Countries will not only work to scale-up Nationally Determined Contributions, but also establish directions and guidelines needed to make the Paris Agreement framework operate. Both are important, especially the latter. A concrete set of guidelines will facilitate measurement, and with measurement we should be able to do a better job managing the problem.

We will continue to monitor COP24, climate change and other megatrends such as population growth, digitization and globalization, and access to natural resources because they all play a major role in how we choose to invest. Our understanding of the aforementioned trends and others help us manage risk and identify opportunity in investments that seek outperformance without losing sight of how much our clients value the future for themselves, their children, grandchildren, and other beneficiaries.

DISCLOSURE: This material is proprietary and is produced by Reynders, McVeigh Capital Management, LLC (“RMCM”) for educational and informational purposes only. This should not be construed as a research report or as a recommendation to invest in a particular sector or security or in a particular manner. This material does not constitute investment advice and it should not be relied on as such. It should not be considered a solicitation to buy or an offer to sell a security in any particular sector. The opinions expressed in this material are subject to change and represent the current, good-faith views of RMCM at the time of publication (December 2018). All information has been obtained from sources believed to be reliable, but its accuracy is not guaranteed, and RMCM disclaims any duty to update any of the information and data contained herein. Certain statements may be deemed forward-looking, but any such statements are not guarantees of any future performance and actual results or developments may differ materially from those discussed. There is no guarantee that investment objectives will be achieved or that any particular investment will be profitable. Past performance does not guarantee future results.