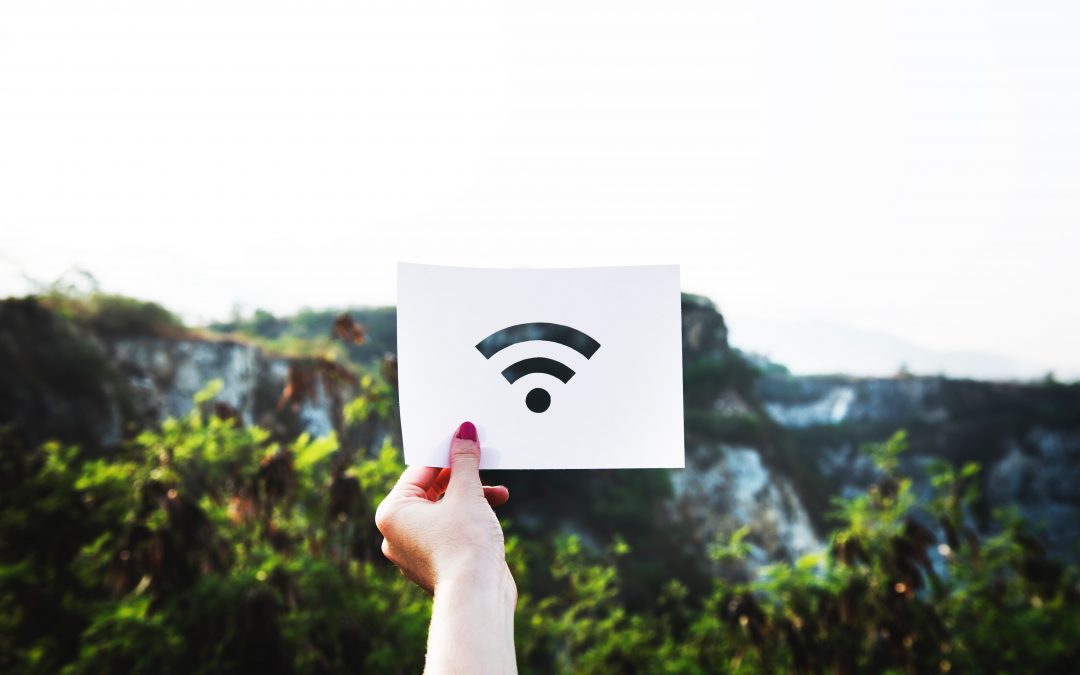 By now, most have at least heard of 5G. We, at Reynders, McVeigh, have been interested in this technology for several years because when the technology was first released it was deemed the greatest leap in mobile networks, ever. But what does that mean?

5G networks may transmit data so quickly that they eliminate the need for wire connections for televisions or the internet into the home. They are already being utilized in some areas, with wider rollout in the US throughout this year and next. 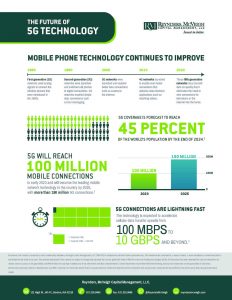 5G technology will undoubtably affect the consumer landscape. According to an October 2018 report from PwC; “Once defined, the idea of 5G technology is appealing to nearly everyone (93-98% across all age segments).”

However, 5G’s impact on business and infrastructure is considerably more interesting, as it will touch almost every facet of our lives. In 2016, the World Economic Forum described the Fourth Industrial Revolution as “a new era that builds and extends the impact of digitization in new and unanticipated ways.” In other words, technologies are “powerful objects and enablers that influence our perception of the world, change our behaviour and affect what it means to be human.” 5G is an integral piece to the proverbial Fourth Industrial Revolution puzzle.

The question you may be asking yourself is: Why is 5G such an important puzzle piece? 5G can transmit data faster and companies will be able to deploy more connected devices without fear of an overcrowded network.

Currently, the situation is similar to a three-lane highway. With too many cars, congestion occurs, and it takes longer for your car to get from one place to another. With 5G, that three-lane highway is now five to six lanes wide, allowing traffic to travel more quickly and freely from point A to point B. This wider highway transmits data faster allowing machines to connect to each other to perform complex tasks, such as robots on a factory floor, or a home security system that can be controlled by a smartphone (examples of a connectivity concept known as the Internet of Things (IoT)). This is the same technology being deployed in connected cities, smart buildings, and smart irrigation systems to conserve water in agriculture – to cite a few examples.

As you can imagine, 5G will help bring new-era technological concepts to reality. Consider autonomous driving, which demands instantaneous connectivity and reaction times near zero. 5G connections have much lower latency periods (the time it takes for one data packet to get from one point to the other). To provide perspective, the latency on a 4G network is 50 milliseconds, while the latency on a 5G network could be low as 1 millisecond. With 4G’s latency, a car driving at 100 km/h still moves 1.4 meters from the time it finds an obstacle to the time the braking command is executed. With 5G, the car will move just 2.8 cm.[1]

5G continues to be intriguing to us at Reynders, McVeigh, as the implications for our high-conviction investment themes are significant. We will continue to watch how this technology unfolds and investigate its impact on our investments.

Disclosure: This material is proprietary and is produced by Reynders, McVeigh Capital Management, LLC (“RMCM”) for educational and informational purposes only. This should not be construed as a research report, a recommendation, or investment advice, and should not be relied on as such. The opinions expressed in this material are subject to change and represent the current, good-faith views of RMCM at the time of publication (August 2019). All information has been obtained from sources believed to be reliable, but its accuracy is not guaranteed, and RMCM disclaims any duty to update any of the information and data contained herein. Certain statements may be deemed forward-looking, but any such statements are not guarantees of any future performance and actual results or developments may differ materially from those discussed. There is no guarantee that investment objectives will be achieved or that any particular investment will be profitable. Past performance does not guarantee future results.