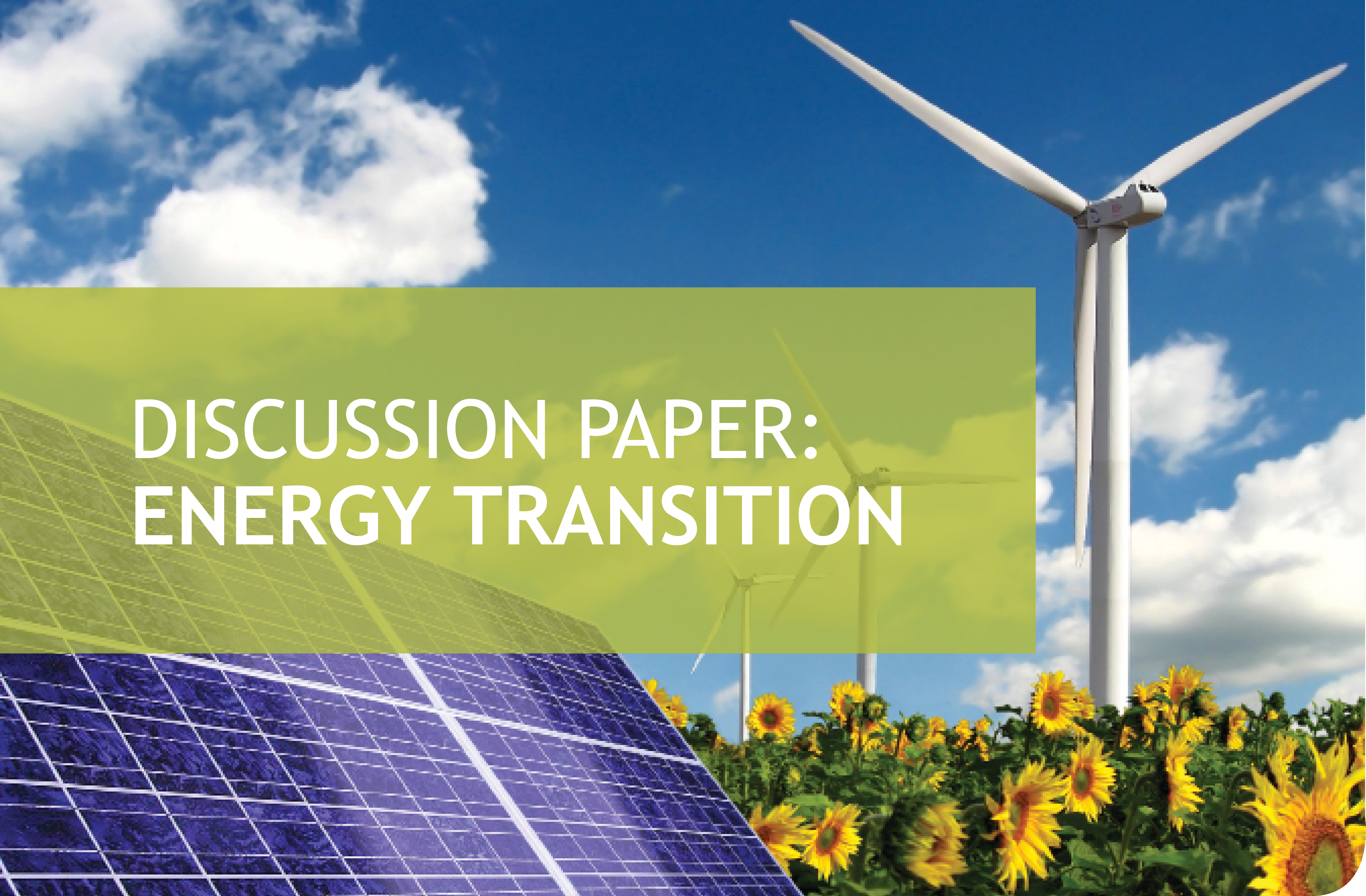 The U.S. is in the midst of a landmark transition from fossil-fuel energy to renewable energy: Between 2000 and 2020, the share of utility-scale energy generation from wind, solar and other renewables rose from 9% to 17.5%.1 But what has until now been a gradual transition appears poised to accelerate significantly.

That’s due in part to rapidly falling prices for wind and solar power. Both are now far less expensive than coal-generated power, and have become competitive with natural gas, the biggest current source of electricity generation. In Washington, D.C., the newly installed Biden administration is poised to provide another important tailwind for alternative power: Citing worsening climate change, Biden’s campaign called for legislation and regulatory initiatives that would spur the shift to alternative energy.2

As the United States enters a period of accelerating transition to a sustainable-energy future, Reynders, McVeigh sees significant investment potential in companies in the alternative-energy space.

The investment thesis for such companies is straightforward: As costs fall for the production and storage of wind and solar, these energy sources will be more and more widely adopted, increasingly crowding out legacy fossil fuels.

The build-out of infrastructure for the energy transition is still in its early stages. Massive investment will be required in everything from wind turbines to “big battery” storage technology to the electrical components required to upgrade the power grid. It is our belief that the companies that can capture this demand will thrive.

A dramatic reduction in carbon emissions from fossil fuels is urgently required to keep global warming from breaching a dangerous threshold, according to climate scientists. Governments and businesses are taking heed, as evidenced by the 190 countries that are signatories to the Paris Agreement, which aims to avoid dangerous climate change by limiting future global warming. The incoming Biden administration quickly recommitted the U.S. to the treaty after the country pulled out under former President Trump.3

Biden has called for a “clean energy revolution,” in which the U.S. would transition to 100% carbon-free electricity by 2035 and achieve net-zero greenhouse gas emissions by 2050.4

Even as the country’s focus turns to scaling back carbon-based power generation, its energy requirements are projected to grow. The U.S. Energy Information Administration (EIA) forecasts total U.S. electricity consumption will increase by 1.5% in 2021 and by 1.7% in 2022.6 The opportunity and potential for businesses in the renewable-energy space is clear.

Fossil fuels — mainly natural gas and coal — remain the dominant source of energy in the United States, according to the EIA. In 2020, they accounted for some 60% of the nation’s energy, compared with 20% for renewables, a category that includes wind, solar and hydropower. (Nuclear power accounts for most of the balance.) 7 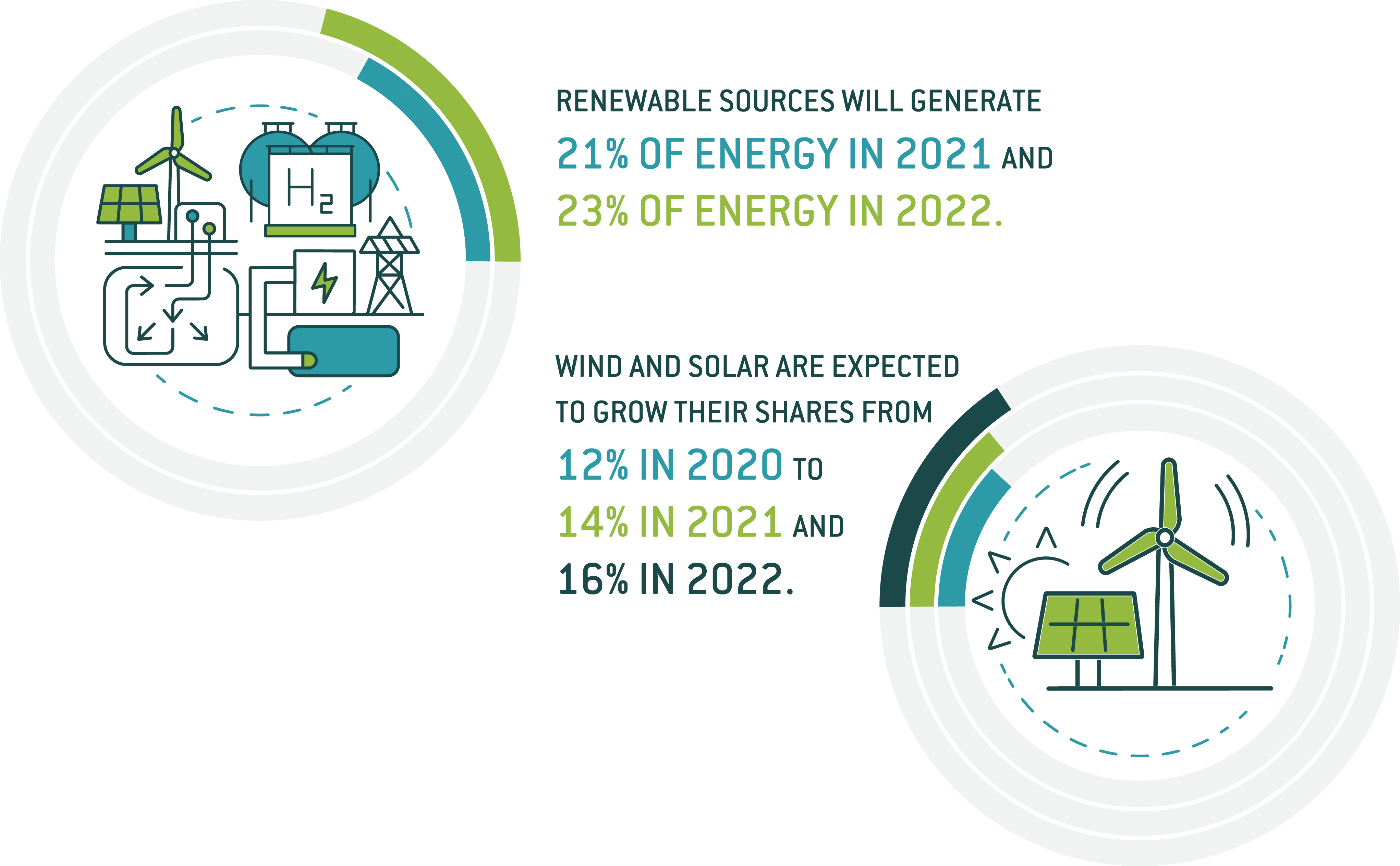 The price of an average-sized residential solar panel system dropped from $40,000 in 2010 to $20,000 in 2019, helping spur a sharp increase in the rate of sales.9 Falling costs explain why, after it took 40 years for the U.S. to reach 1 million solar panel installations, the 2-million milestone was crossed just three years later, in 2010.10 While the Coronavirus pandemic has slowed sales substantially, it’s reasonable to anticipate that demand will resume rising once it’s brought under control.

Effective energy storage is critical to the transition to a post-fossil-fuel world. Here again, costs had once been a barrier to adoption—but that’s changing rapidly. Lithium-ion batteries, the same technology used in electric vehicles, are also used for utility-scale storage. Between 2010 and 2019, economies of scale lowered the price of these batteries by 85%, according to CNBC. 13

“Big battery” installations are already being built and proving their value. A Tesla lithium-ion battery installation in South Australia, built in 2017 and expanded in 2020, has a 150-megawatt capability, enough to power 30,000 homes for up to one hour during peak demand. 14  The complex is connected to a wind farm as well as the larger power grid and provides electricity during demand peaks and when wind is scarce.

While increasing reliability, the $200-million storage complex has nearly paid for itself by eliminating reliance on expensive “peaking plants” or third-party suppliers of fossil-fuel energy. More such installations are on the way in the United States.

Last year, Tesla and power utility PG&E broke ground in Monterey, California, on an energy storage system that, upon expected completion this year, will be the largest installation of its kind. 15

And in August of 2020, NextEra Energy Resources announced plans for a series of California battery storage projects with a combined 700 megawatts of capacity. The projects would more than double the total installed capacity of battery storage in the U.S. 16

Globally, stationary energy storage for renewables, including power plants, is projected to grow by 27% annually over the next decade, even as energy storage costs fall between 66% and 80%. 17 Cheap, plentiful storage is good news for the future of wind and solar power.

Meanwhile, research into cheaper, safer alternatives to lithium-ion batteries – such as zinc batteries and hydrogen batteries – is under way. 18

Where does the movement toward renewable energy leave power utilities that have historically created their electricity by burning fossil fuels? In broad terms, the industry is acknowledging — often grudgingly — that the transition is under way. Florida Power & Light Company, for example, is touting the start of construction on what is expected to be the world’s largest integrated solar-powered battery system. 19 Utilities are also upgrading their ability to integrate renewable energy into the mix of sources they distribute to customers. 20

But utilities have much to lose as a result of the transition: Their fossil fuel-burning plants are at risk of becoming expensive stranded assets. This helps to explain why utilities have lobbied against states’ efforts to expand renewable energy, and have adopted pricing schemes to hedge against potential losses from customers using solar-panel systems. 21

Globally, one third of electricity is projected to come from renewables by 2025, according to the International Energy Agency.22 While the United States has lagged many other countries in transitioning to clean power, increasingly favorable economics and the election of President Biden point to faster adoption. From our perspective, the accelerating transition will reward the best companies in the green-energy space, and investors in those companies will share in those gains.